Maybe you just got married and are already wistful for your own wedding day, or maybe your nuptials were long ago but you recently helped a friend or family member with their big day and found yourself thinking about how you would have done it differently for your own celebration. There are many reasons someone might find themselves considering a vow renewal, but as it is a less common practice than having a wedding, there is not as much information out there.

Just as different couples decide when they should get engaged or married in their own time, there are different paths people may take in terms of renewing their vows. Most couples choose to have a renewal for a milestone anniversary, with 10 or 25 years seeming to be the most common. However, there’s certainly no rule on when you should exchange vows again. Alec Baldwin and his wife Hilaria recently renewed their vows on their fifth anniversary. Heidi Klum and Seal famously renewed their vows every year, though it unfortunately didn’t save the relationship – the couple divorced after nine years of marriage. 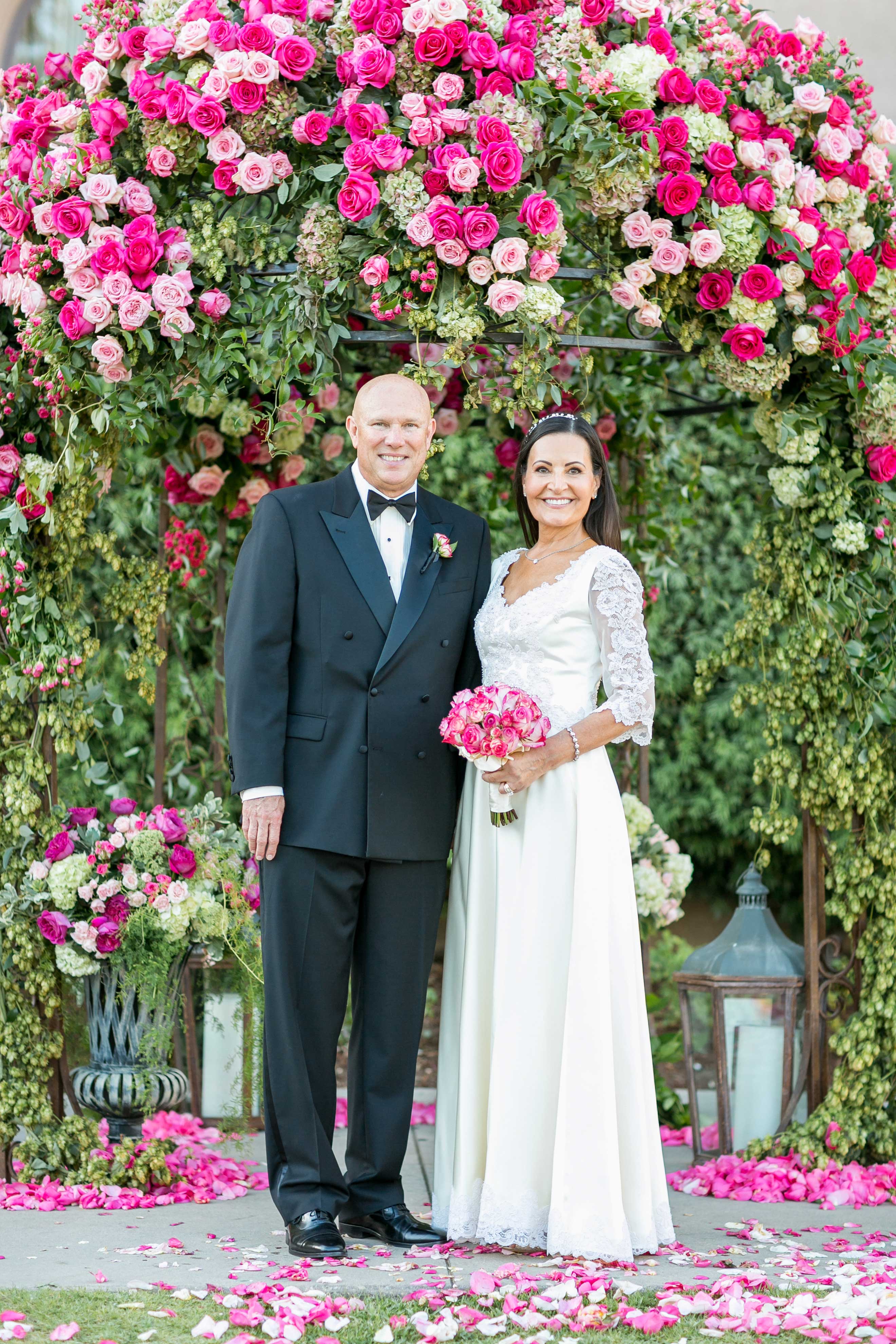 When a married pair chooses to have a vow renewal not on an anniversary, or simply on an anniversary that’s not a round number (such as seven or 16), it is often to acknowledge hardships they have gone through and gives themselves a chance to start fresh. Sometimes this is about troubles in the relationship itself, and renewing vows is a way to reaffirm their commitment to each other. In other cases, the pair has gone through trials in their lives, such as a serious illness or loss, and the vow renewal is a celebration to show they have made it to the other side.

Oftentimes, when two lovebirds marry young, they tend not to be able to have the big wedding they may have dreamed of. Alternately, their parents may have taken over and planned a huge soirée when the sweethearts were hoping for an intimate ceremony on a tropical beach. A vow renewal is an opportunity to have the big day you always wanted, no matter what your vision may be.

There will always be people who will find a vow renewal unnecessary, or think it’s too soon for one. However, all that really matters is that it feels right to you and your spouse. Those closest to you will understand your situation and be happy to join you for a celebration.

View a vow exchange celebrating one couple's 10th anniversary and another's 30th wedding anniversary. See 16 gowns perfect for a vow renewal, and discover the most romantic parts of a wedding day.

Everything You Need to Know About Vow Renewals

What do you need to do to renew your vows?

What Not to Do When Writing Your Own Vows

Save your wedding ceremony by avoiding these errors.

20 Songs to Play at Your After-Party