Grooms, let's be honest – your personal style isn't always prioritized during the wedding planning. Although you may ultimately love the décor and design that your bride chooses, it's likely that your preferences took a bit of a backseat. That's why we love the idea of a groom's cake! As an accompaniment to the more formal wedding cake, the groom's cake is free to represent you and anything that makes you happy. This is the one element of the wedding that is just for the groom!

When it comes to groom's cake design, the sky is truly the limit. Many cakes don't even resemble a traditional cake, but rather sports stadiums, pets, hobbies, and cars. While many grooms take an active role in designing their cake, others are surprised at the wedding by their brides, who worked with their cake designer on the sly to create the impressive confection. Check out the cakes real grooms served at their weddings below! They're more like works of art than cakes!

As a nod to the groom's home team, the Los Angeles Dodgers, the cake was inspired by the stadium and rested on top of a layer frosted to look like a baseball. Photo by Bob & Dawn Davis Photography 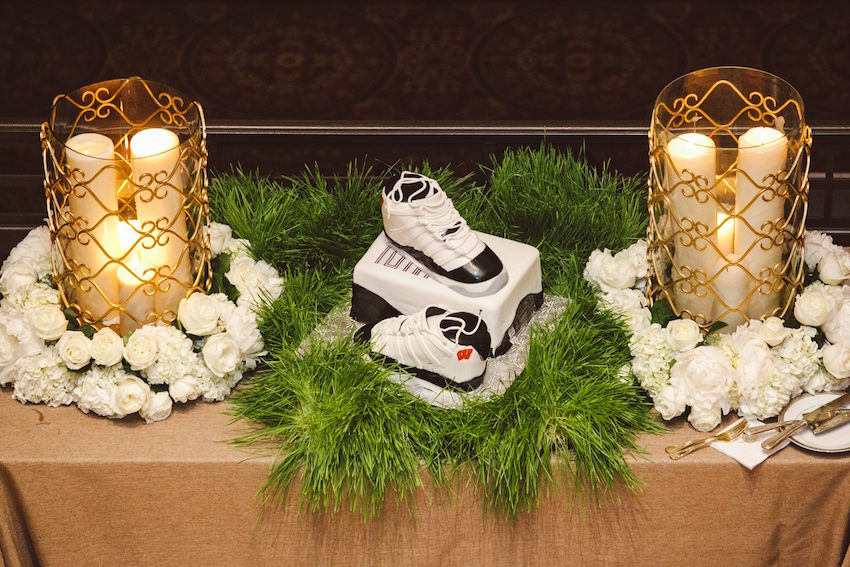 Because the groom is a professional football player, his cake resembled his Jordan shoes. Inside: red velvet cake and Nutella frosting! Photo by J. Cogliandro Photography 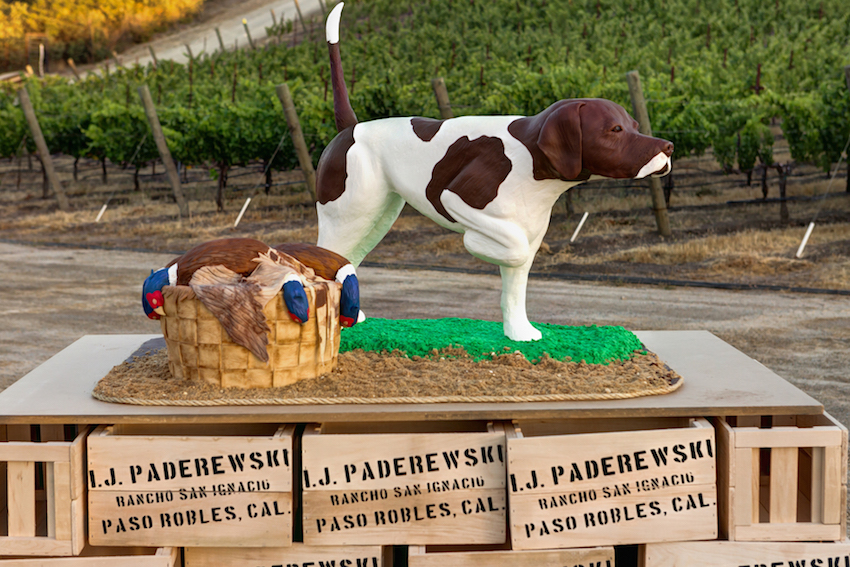 The groom chose a cake that represented a hunting dog and quails as an homage to his father, who had taken him quail hunting since he was a child. Photo by Jerry Hayes Photography 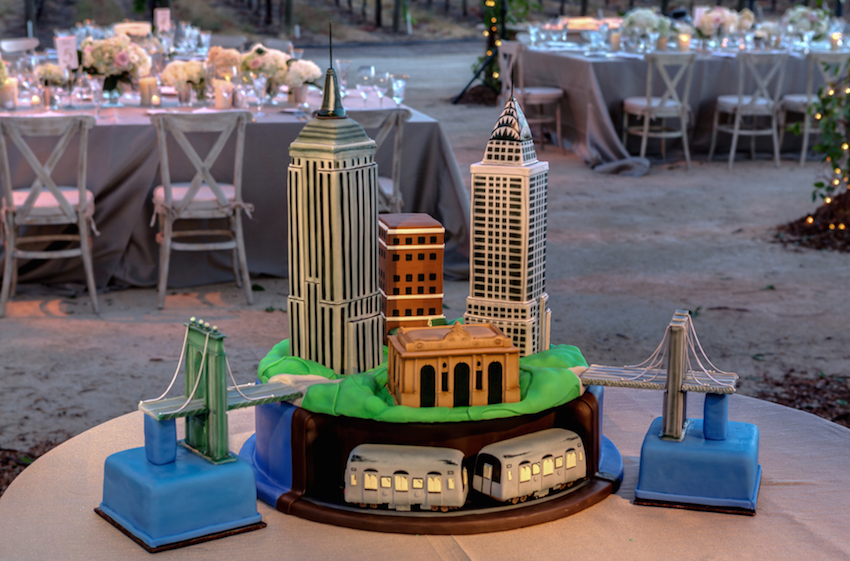 As a born-and-raised New Yorker, the groom requested a cake that resembled the New York City skyline and included a replica of the apartment building he grew up in. Photo by Jerry Hayes Photography 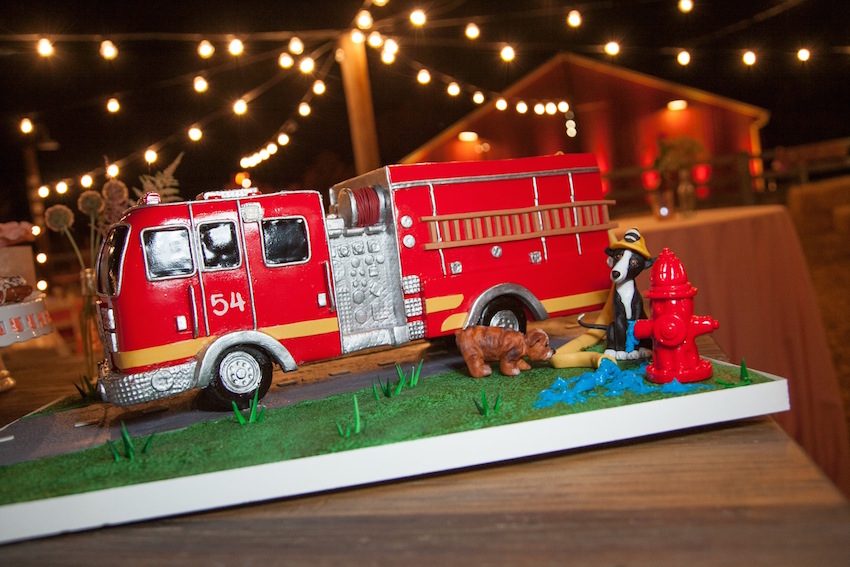 The groom is a firefighter, so the bride asked for a cake that replicated his fire truck. The cake decorator also added their two dogs! Photo by Michael Segal Photography 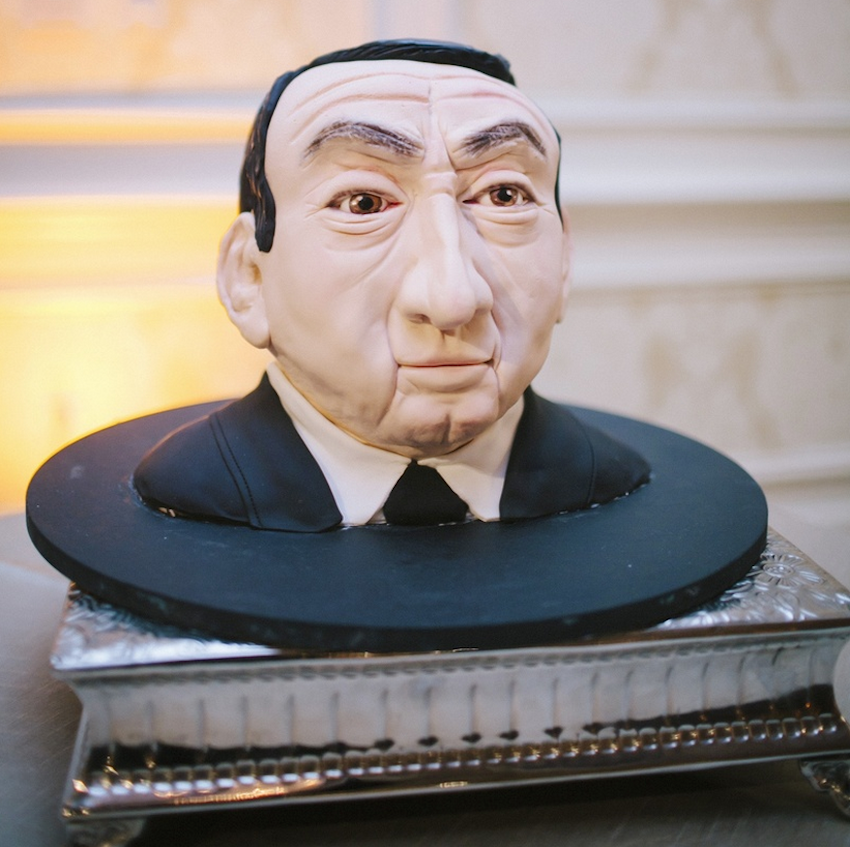 The couple met while attending Duke University and married at Duke University Chapel, so naturally, the groom's cake was a bust of legendary Duke basketball coach Mike Krzyzewski! Photo by Millie Holloman Photography 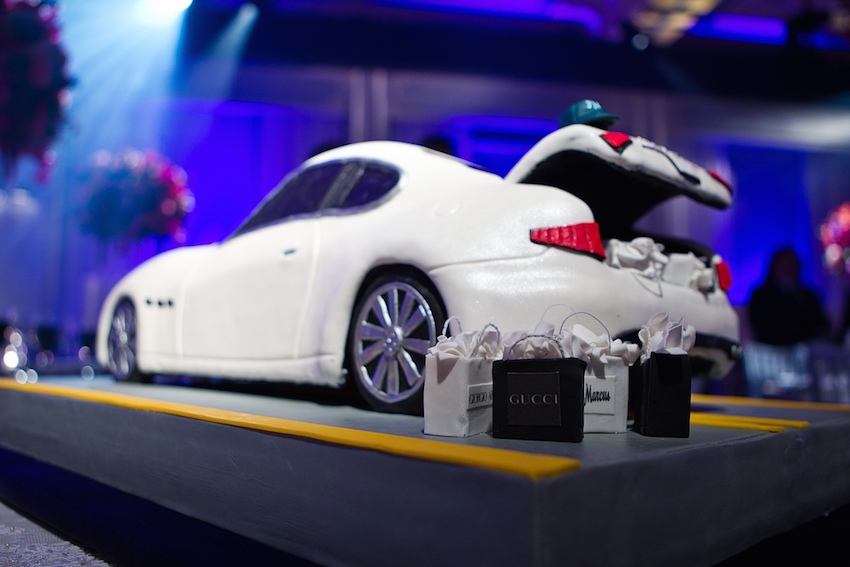 This cake represents the Maserati the groom drove when he picked up his bride for their very first date. Photo by Fred Marcus Studio 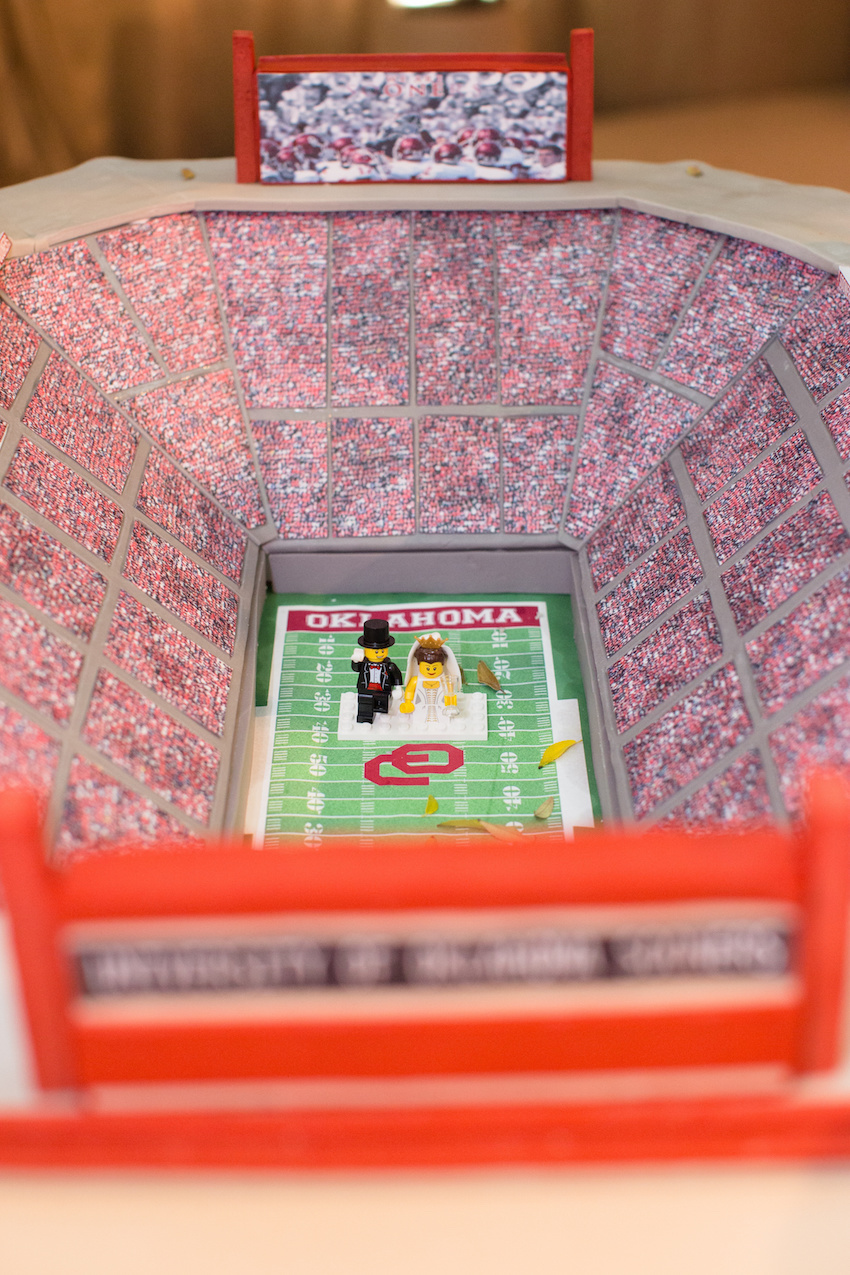 The groom's alma mater is the University of Oklahoma, so he wanted his cake to represent their new football stadium. It hasn't been built yet, so the cake designer used renderings and building plans to create the confection. Photo by Thisbe Grace Photography

The groom's "infamous" Jeep represented the couple's love for adventure and thrills. Photo by Walters & Walters

Two of the groom's loves – basketball and football – in one cake. The design was complete with the appropriate goal posts and balls! Photo by Jay Lawrence Goldman Photography

For more groom's cake ideas, visit our inspiration board on Pinterest!

Timeless Elegance from the Fall 2017 Collections by Oleg Cassini

Your Guide to Planning a Beach Wedding