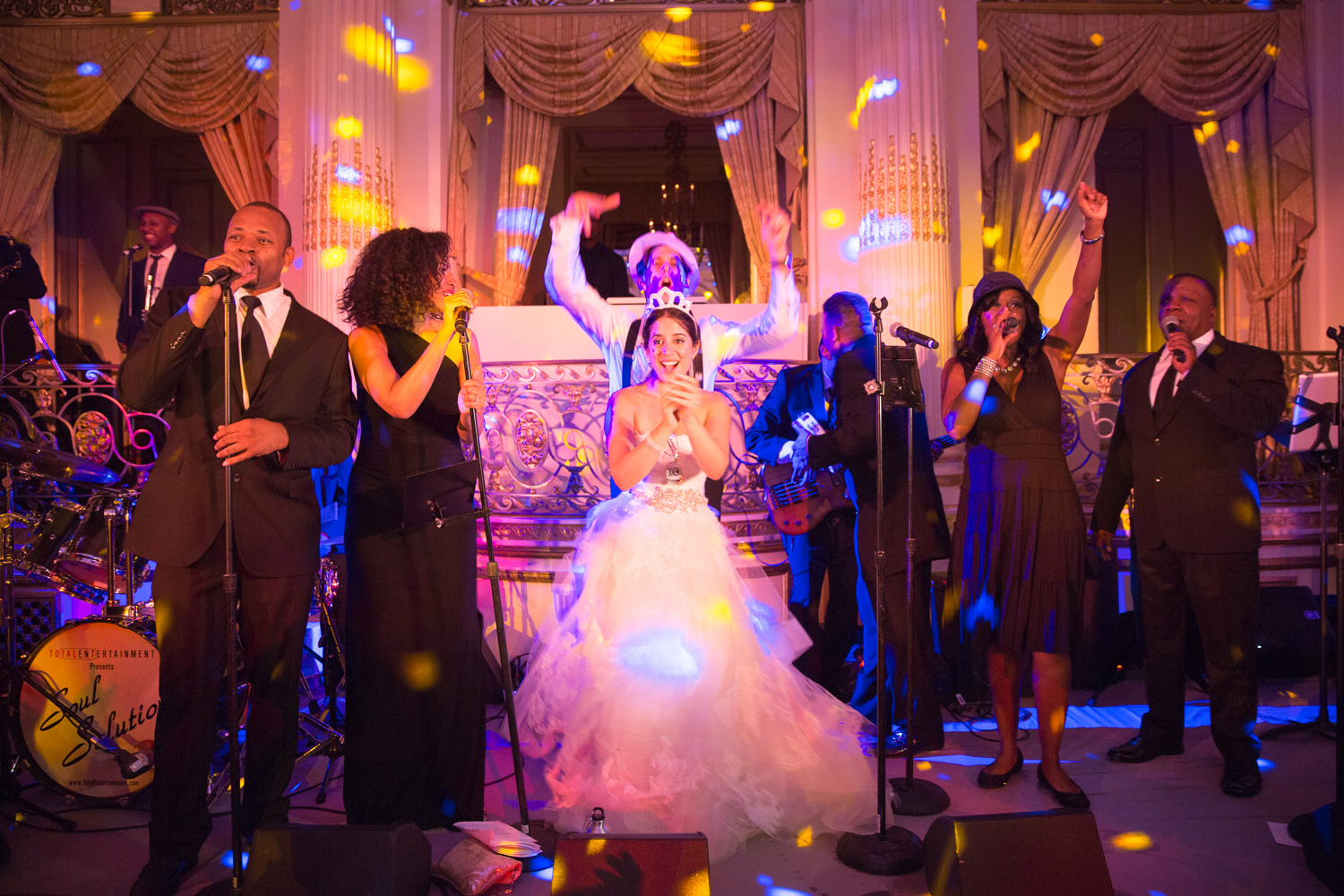 Wedding cinematography isn’t necessarily a new concept, but it has certainly evolved from the 1980s tradition of Uncle Arnold walking around the reception and taking up-close videos of each guests’ well-wishes to the newlyweds. Today, a wedding video made by a professional team is an invaluable gift to the new married couple, as it is an in-motion account of their big day.

Different videographers have different styles, and it’s important that anyone considering hiring these professionals browse their previous work to ensure they like the way in which each film is presented. After browsing our own gallery of real weddings, we selected 10 heartfelt reels from some of the happy pairs for your enjoyment. Click each couple’s name for further inspiration from their wedding.

Elyse Marriott & Douglas Foulger
Elyse and Douglas’ big day is detailed in our latest summer 2016 issue, on newsstands now! This sweet pair have known each other since childhood, though they did not strike up a romantic relationship until they spent some time living away from each other in early adulthood. Elyse denied her feelings for years, but according to Douglas, “I’ve known my whole life I wanted to marry her, ever since we were kids.” To read their full wedding story, pick up a copy of the summer issue or download the Inside Weddings app on your mobile device (via Apple Store, Amazon, or Google Play) to read the magazine on the go! Video by NP Films

Emily Schorr & Andrew Arnot
Speaking of childhood friendships turned lasting love, Emily and Andrew met at summer camp while both serving as staff members. Andrew recalls injuring himself and having to spend most of the session in the infirmary – where Emily would regularly sneak in to bring him his favorite candy. After eight years of dating, Andrew popped the question using a collage made up of ticket stubs and other small mementos he’d collected from their relationship over the years. Video by Adrian Toto for Ira Lippke Studios

Danielle Marcian & Louis Froelich
After their first meeting in law school, it took a few months for Danielle and Louis to realize they wanted to be more than just friends. He proposed to his beloved during a date night in New York City overlooking a stunning sunset. “All of the sudden Louis got down on one knee and asked me to marry him. I [was] so excited that I forgot to say yes!” remembers Danielle. The pair chose Cincinnati as their wedding location to honor the town in which they first laid eyes on one another. Video by The McKellars Wedding Cinema

Allyson Cherny & David Weston
New York City definitely seems like the place to be for romance. Allyson first met David on a night on the town with some friends – David having been prompted by one of their mutual friends to chat with Ally, as he’d surely like her. After talking for a while, David found himself intrigued with this fun gal and invited himself to her birthday party the next day. The two have been inseparable ever since. Video by Adrian Toto for Ira Lippke Studios

Nikki Jacobs & Alex Karam
Adolescent infatuations rarely lead to lasting romance, but Nikki and Alex are the exception to that rule. “When I was 12 and he was 14, we actually hung out after both sneaking out… don’t tell our moms!” laughs Nikki. After reconnecting in their adult years, the two realized the spark had never died between them, and after five years of dating, Alex proposed on vacation in Hawaii. “On the night of our engagement, dinner proceeded as usual until dessert came,” recalls Nikki. “When I looked at the menu, right below the checkerboard cake, [our favorite], it said ‘Nikki, will you marry me?’ and my answer, of course, was yes!” Video by Naz Films

Gabrielle Reynolds & Wesley Jones
Gabi and Wes met during their freshman year of college, as they both lived on the same floor in their dormitory. Due to their close proximity, the pair were integrated into the same group of friends, and stayed close throughout their college years. However, it wouldn’t become romantic between them until after graduation. Wes popped the question while the two were on a European trip, as they were hiking the Swiss Alps. Gabi muses, “That day was the best of my life – until the wedding of course!” Video by Studio 213 Films

Priya Kothari & Shamik Patel
After first connecting at an engagement party – which was, perhaps, foreshadowing of their eventual relationship – Priya and Shamik learned that they were both pursuing Masters degrees at the same university; what’s more, they only lived three blocks from one another. After they graduated, Priya began a PhD program across the country in California, and Shamik followed her, landing a job in San Francisco. Shamik eventually got on bended knee on a rooftop in the city and the two were officially engaged. Video by Alucinarte Films

Leslie Osborne & Ricky Lewis
Leslie and Ricky’s shared loved of soccer was what caused them to bump into each other for the first time during soccer camp at age 17. Both turned pro after graduating from college, but lost touch with one another until 2012. “We reconnected because Ricky was living in London and my business partner happened to be hanging out with him while her and I were video chatting,” she reveals. “It had been eight years since we had seen each other, so we kind of freaked out when we caught sight of one another on camera.” He proposed in London while they were on a morning run, much to the surprise – and joy – of the bride-to-be. Video by Jorge Ibarra

Claire Scruggs & Mitchell Truban
Desiring a fun night out with her girlfriends, Claire decided to go dancing in Nashville on New Year’s Eve when she came face-to-face with Mitchell for the first time. The young man swept her off her feet and the pair danced the night away – an event that would lead to a long-distance relationship between Georgia and Arkansas that lasted a little over a year. Mitchell proposed in Dallas after disguising their weekend getaway as a work event. At a local pizzeria, she remembers, “When the waitress brought out the pizza, I noticed it had ‘FH’ spelled out in pepperonis, which stands for our relationship motto, ‘Forever Happy.’” Mitchell later officially proposed in a church parking lot. Video by Lucas Wharton for Wharton Productions

Alyssa Hood & Brian Flynn
Some couples ease into a romantic relationship while others dive headfirst: Alyssa and Brian were part of the latter group. After laying eyes on each other at a Super Bowl party at the tender age of 19, they both confided to their friends that they were in love the very next day. After dating long distance for six years, Alyssa quit her job and moved to be with her boyfriend – a professional hockey player for the Montreal Canadiens. The love-struck young man popped the question on the morning of Valentine’s Day. Video by 21Summit

Get tips on how to make your wedding video the best that it can be here and here. Be sure to also pick up a copy of our summer 2016 issue on newsstands to get expert advice on what you need to know when booking a videographer or filmmaker.

How to Incorporate Wine into Your Wedding

How to Incorporate Wine into Your Wedding