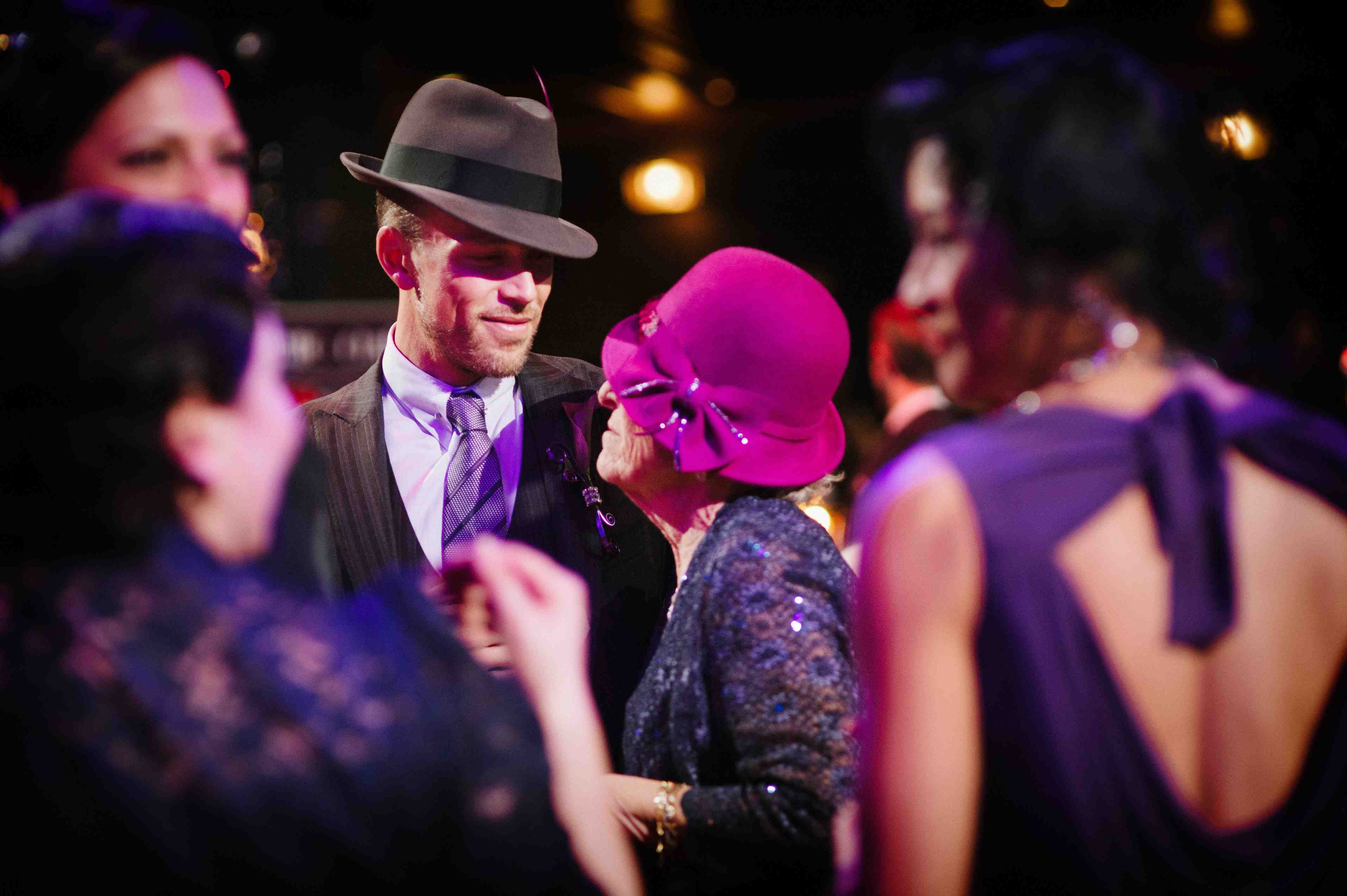 Throwback Thursday is here once again, so it’s time to take a look at all of the most popular wedding trends of a decade gone by: today, we have the 1930s. To say this time period was a rollercoaster would be an understatement – after the frivolity of the 1920s, The Great Depression lasted for all of the ‘30s, leaving the country in its longest economic downturn in history. Prohibition was repealed in 1933, making it legal to purchase alcohol again. Two of the most renowned films were released at the tail end of the ‘30s: Gone with the Wind (1939) and The Wizard of Oz (1939). The fashion of the time was conservative and practical, with hints of glamour when possible, inspired by the movie stars of the time, such as Ginger Rogers and Joan Crawford. It wasn’t an easy time to get married, but nonetheless, couples made do.

Dresses: Due to the Depression, fabric was an extra expense many couldn’t afford to splurge on. Many brides would buy or make gowns from rayon, which was far less expensive. Brides would ensure that ensembles bought for their wedding were versatile and able to be dyed and worn later, and those who forwent purchasing a new frock would simply wear the nicest dress they already owned. Women of the time couldn’t imitate movie stars as easily as in later decades, but perhaps the most prominent wedding dress of the time was worn by Wallis Simpson when she married Edward, Duke of Windsor in 1937. The high neckline and cinched corseted waist demonstrated the modesty of the time, though the gown is seen as transcendent, and modern brides are still copying her look.

Beauty & Accessories: In lieu of more traditional veils, brides of the 1930s often sported hats, worn at a tilt on the head, and adorned with feathers, netting, and even brooch embellishments. Many women wore long, elbow-length gloves if their gown was not already long-sleeved. It was customary, as well, to match one’s shoes, hat, purse, and gloves to each other for continuity and style. Makeup was a little more elaborate during the ‘30s: brides desired very thin eyebrows – if not groomed, shaved off and drawn back on – bright eye shadow, false eyelashes, and quite pale foundation. In the beginning of the decade, most women sported short haircuts left over from the ‘20s, but as the years wore on, they began to curl their hair and grow it out.

Other Details: Grooms had a very specific style during the ‘30s, which included felt hats, patterned or striped ties, and suit features that allowed them to look bigger than they were, such as shoulder pads. Mustaches were also incredibly en vogue during this era. As couples did not live together before marriage, brides of the time kept something called a trousseau – a collection of items such as household goods, linens, and clothing to bring along with her to her new home after the celebration. Many trousseaus would also include a getaway suit for the bride to wear as she departed from the reception. The wedding décor of the 1930s consisted of many Art Deco influences, and most included a classic black-and-white color palette, mirrors, crystal chandeliers, and marble. The menu for these events were incredibly simple, as most couples did not have the money to host an elaborate dinner: most options resembled a list of appetizers as opposed to entrées.

11 Ways to Incorporate Champagne Into Your Celebration

How to Find Creative Sources for Ceremony Readings